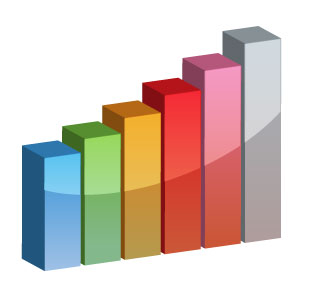 Cars on the Streets: It is estimated that over 600,000,000 passenger cars travel the streets and roads of the world today.  In the United States alone, 247,421,120 “highway” registered vehicles were counted in 2005, of which 136,568,083 passenger cars. (Bureau of Transportation Statistics U.S. Department of Transportation) A third of all cars in the world is produced in the European Union. China became the world’s third-largest car market in 2006, as car sales in China soared by nearly 40% to 4.1 million units. China should become the world’s second-largest car market by 2010, as low vehicle penetration, rising incomes, greater credit availability and falling car prices lift sales past those of Japan.

Jobs Created by Cars: Auto manufacturing creates jobs. Building 60 million vehicles requires the employment of about 9 million people directly in making the vehicles and the parts that go into them. This is over 5 percent of the world’s total manufacturing employment. It is estimated that each direct auto job supports at least another 5 indirect jobs in the community, resulting in more than 50 million jobs owed to the auto industry. Many people are employed in related manufacturing and services. Autos are built using the goods of many industries, including steel, iron, aluminum, glass, plastics, carpeting, textiles, computer chips, rubber and more.